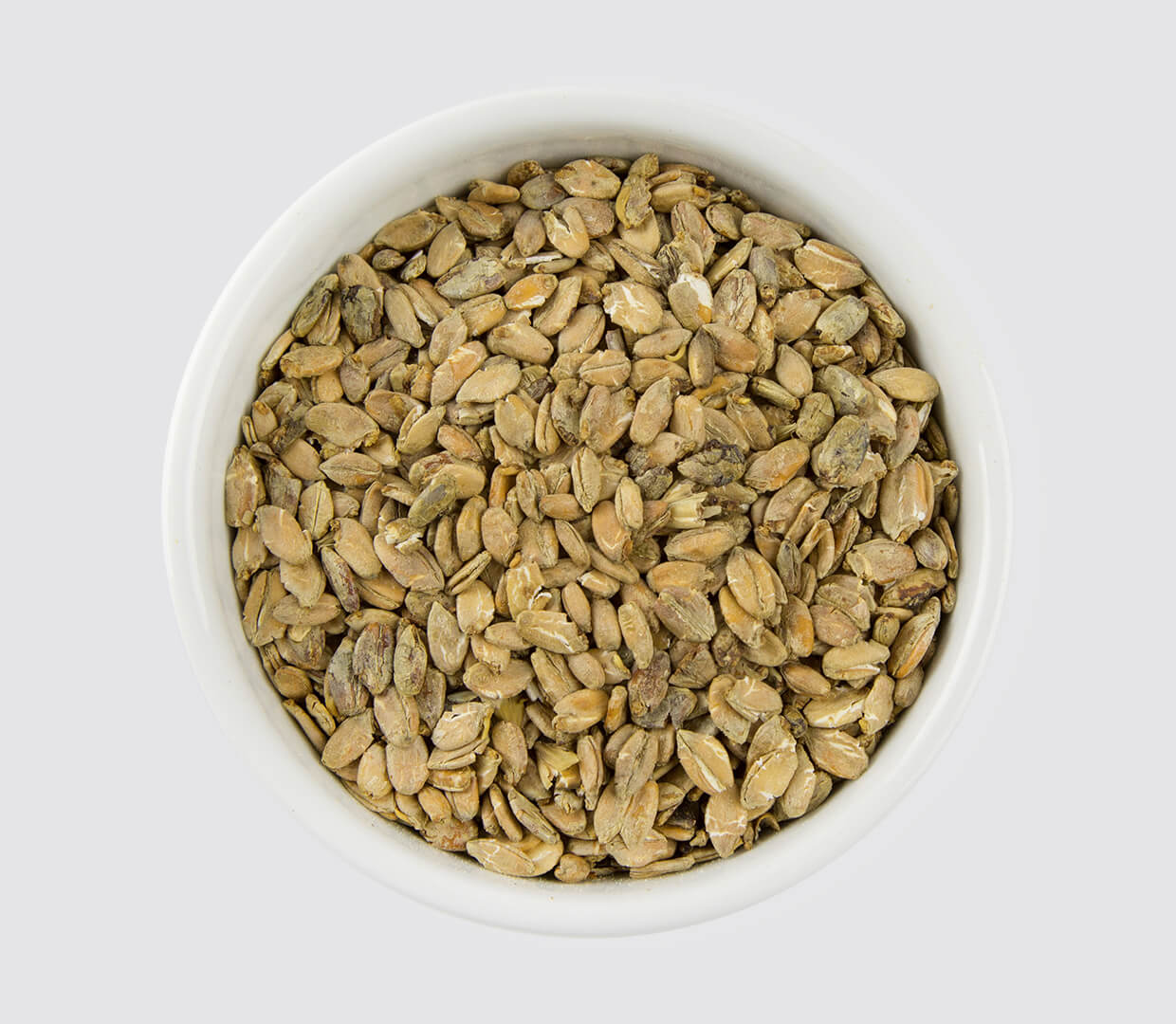 Spelt, or dinkel wheat as it is also known, was originally grown over 5,000 years ago in the middle east.  This low fat, high protein ancient grain has become a popular health food, and more recently is being used as an interesting adjunct craft brewing.

With the ongoing growth of craft beer, globally, craft brewers are looking to create unique and interesting beers designed to capture the imagination of the consumer.  Heirloom grains such as Spelt provides a useful alternative to more classically recognised adjuncts.  Wellbeing trends are driving the creation of beer styles which the consumer may consider healthier, rather than healthy and Spelt is assisting with this development.

Our Torrefied spelt has the appearance of rolled flakes, with a cereal like aroma which will aid head formation, head retention and mouthfeel.  In addition, Spelt, with its characteristically intense cereal and nutty flavour, bring benefits to malt-forward beers such as stouts, Bitters and Porters.  Spelt has a mild acidity, which makes it ideal for beer styles such as Belgian Saisons and farmhouse ales.

It is worth noting that due to high protein levels compared with other brewing grains a stable protein haze may appear in the final beer.

When brewing, to enhance or improve head retention and mouthfeel just had 5%.  To bring out a depth of cereal and nutty flavours add 10%.  When fermented with a yeast strain which breaks down dextrins a 10% inclusion will introduce a mild tang to the beer.  Additions of 15% and above will introduce a significant haze, a creamy mouthfeel and slight fruitiness.