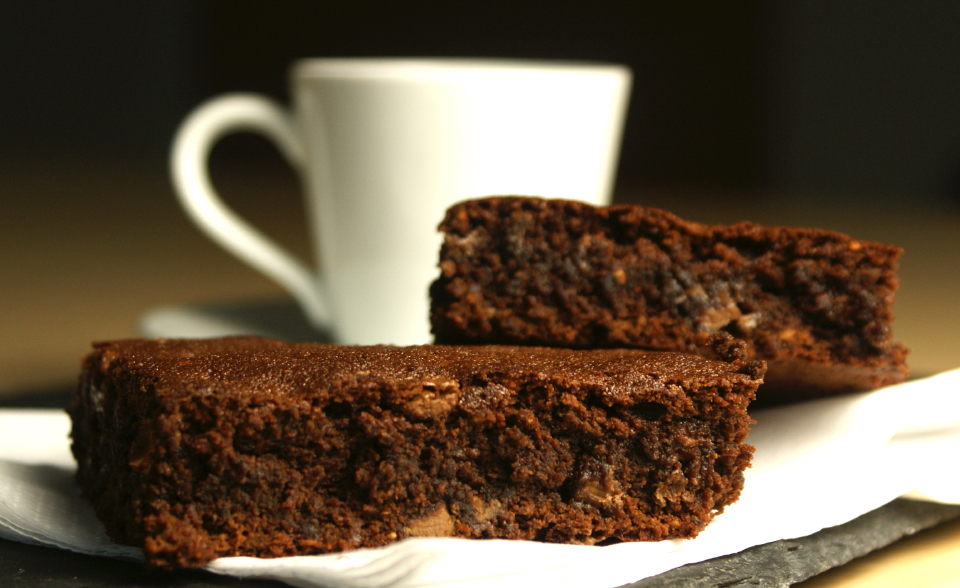 Put the sugar, malt extract and butter into the bowl of a food mixer and beat for several minutes until soft and fluffy. Scrape the butter mixture from the sides and add the cocoa powder. On low speed beat until fully mixed, then add the eggs increasing the speed gradually. Beat the mixture until fluffy. Finally, on minimum speed, carefully fold in the flour, chocolate chips, baking powder and Nuttimalt.

Pre-heat the oven to 180°C/Gas 4. Line the bottom of a non-stick baking tin, about 22cm x 35cm, with baking parchment. Scrape the mixture into the prepared tin, smooth the top and bake for around 20-25 minutes. The top will have risen slightly and the cake will appear slightly softer in the middle than around the edges. Pierce the centre of the cake with a knife or skewer to check that it is cooked – it should come out fairly clean without any “raw” mixture attached. Continue to bake for a further 3 minutes at a time until baked. Remove from the oven and allow to cool in the tin for around 5 minutes before tipping out on a wire rack. Eat whilst slightly warm or serve with some ice-cream for a really decadent dessert.