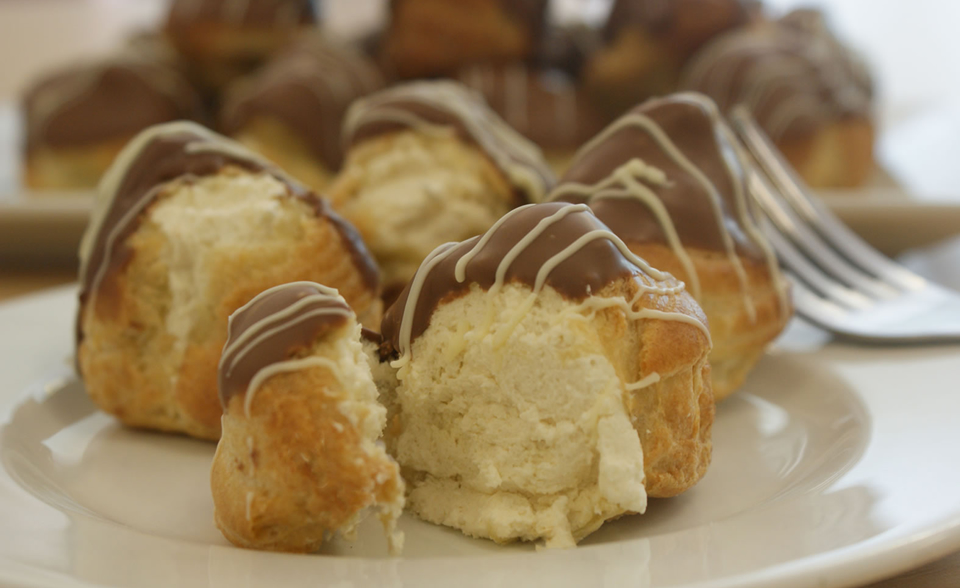 For the choux shells

In a pan bring the water and malt extract to the boil and add the butter. Bring back to the boil, then add the flour and beat continuously until the mixture thickens and the dough comes away from the edges to form a ball. Tip into a bowl and allow to cool for about 10-15 minutes. Gradually add the eggs to the dough, beating between each addition until fully incorporated. Once finished it should be of ‘dropping’ consistency. Place into a piping bag and snip the bag 1cm from the tip.

Whisk the cream and the malt together until it forms stiff peaks. Pour into a piping bag, snip the bag 1cm from the tip and pipe into the choux shells. You should feel the shell expand as you pipe. Finish by decorating with your favourite melted chocolate.

TIP: You can boost the malt flavour by using Lindt chocolate for the topping.