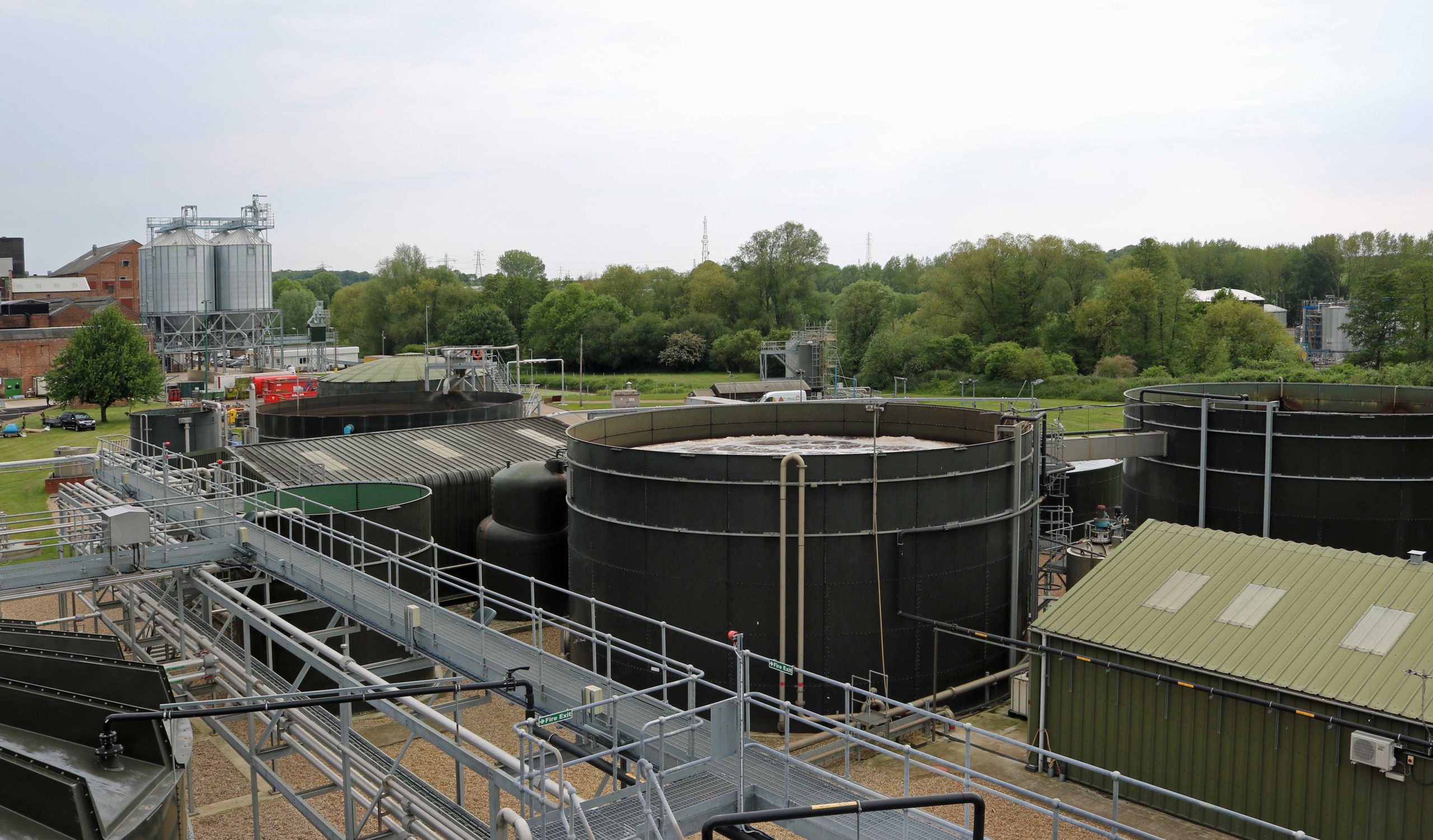 Making malt is not enough for one UK maltster.  Muntons based in Stowmarket, Suffolk, have just announced that they have reached a genuine milestone having generated 10 million Kilowatt hours of electricity since opening their Anaerobic Digester (AD) plant in 2015, enough electricity to power 2,000 average sized homes every year.

Muntons AD plant has been operational since January 2015 making Muntons the first maltster in the UK to take this bold step for increased sustainability. Not only does it generate electricity, it also makes significant reductions in road haulage.  By using their own process waste water, residues from the processing of barley into malt and malt extract, they have saved the equivalent of 3,000 tonnes of Greenhouse gas emissions. This substantial saving is the equivalent of the emissions from 1,600 cars every year.

The Muntons AD plant doesn’t only produce electricity, a by-product of the process is a high quality digestate, or bio-fertiliser, which can then be used on local farms to enrich the soil, helping to ensure top quality crops are grown ready to be malted. It really is full circle sustainable thinking in action.

Nigel Davies, Muntons Director of Technical and Sustainability commented: “Our decision to build an AD plant has proved to be well founded, making a valuable contribution to our energy requirements.  Generating energy locally is efficient and environmentally sound, and the positive impact on nature is significant, reducing greenhouse gasses and helping to enrich the soil on local farms.”

Muntons have calculated that since the plant was commissioned, they have produced 5,606,175 cubic metres of biogas.  They have also treated 411,000 cubic metres of waste water, which is then safely introduced into the river Gipping to help keep the fish swimming and the river flowing.