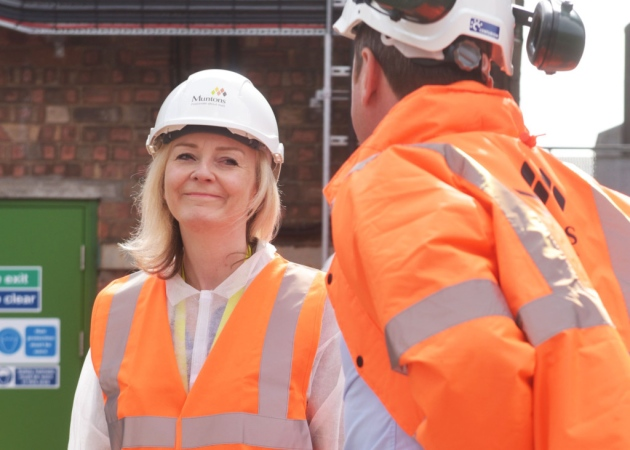 During the course of the visit, the Minister was given a tour of the site and in particular the new germination boxes and evaporator three, two areas where significant sums have been invested to ensure Muntons readiness for the future. Liz Truss was accompanied by her special advisors and their film crew, who covered the event through their social media platforms.

Liz Truss offered strong words of support for the company, stressing that she wanted a Canada style deal which would allow the UK to continue to export to the EU tariff free and allow the EU to export to us. She is seeking removal of the US tax on Scotch Whisky and is looking to formalise the existing terms with japan whereby our customers don’t face import duty on malt.

Mark Tyldesley emphasised that although there was uncertainty over the final outcome of the Brexit negotiation, Muntons sees these as short-term issues and that the company is strong enough to get through this without a problem.   He stressed we are looking for reassurance that the Government understands the impact a no-deal Brexit would have on industry, and in particularly on our malted ingredients business.

Kim Riley, chief reporter for BBC Look East, interviewed both Mark Tyldesley and Liz Truss in preparation for the coverage aired on Friday evening’s Look East news programme.  During the course of the two-minute prime time coverage, Muntons site and production areas were clearly in evidence and Richard Platt, Muntons senior food technologist, demonstrated some of the extensive range of malted ingredients made by the company.

Sarah Chambers, reporter for the East Anglian Daily Times, also attended with their photographer, capturing the occasion both on camera and in video. click here to read the full coverage and view their video.